Snoring is an audible upper airway sound that occurs when the muscles of the airway relax too much during sleep, resulting in vibration of the air passing through whilst breathing.

Although some children may only suffer from occasional noisy breathing episodes, for other children their snoring may be a sign of something more serious such as obstructive sleep apnoea which can be a significant medical problem with long term effects.

Noisy breathing is common amongst children, simply because their airways are smaller, with a number of different conditions that can add to this obstruction: 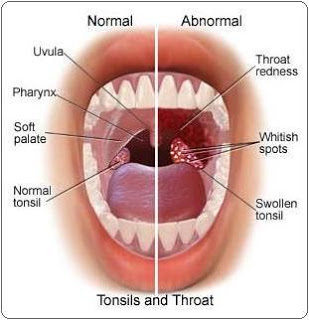 Enlarged tonsils and adenoids
Tonsils are two areas of lymphoid tissue located on either side of the throat. Adenoids are lymphoid tissue located higher up behind the palate.
Enlarged tonsils and adenoids in children may be a normal occurrence but can also result from infection. Symptoms can include: difficulty breathing or swallowing, sore throat, and recurring ear or sinus infections.
Tonsil and adenoid hypertrophy (enlargement) is the number one cause in childhood snoring.  If an infection is present antibiotics may be used, but if the child continues to have difficulty breathing during sleep then an adenotonsillectomy procedure is indicated. Also known as hay fever, there are two types of allergic rhinitis, seasonal and perennial.
Rhinitis is a type of inflammation in the nose that occurs when the immune system overreacts to the allergens in the air. The signs and symptoms include sneezing, runny or blocked nose, and the eyes can become red, itchy, swollen or watery. It usually begins to appear in children over two years of age. Obesity can contribute to snoring and we are seeing an increasing rate of this in children around the world.

All of the above obstructions can be serious, leading to sleep apnoea. Sleep apnoea is a condition where the child will repeatedly stop breathing during sleep, this may cause the child to be up and down many times during the night, eat poorly, have poor mood and concentration, and often be underweight for their age. An adenotonsillectomy procedure can dramatically and radically change the child’s wellbeing.

This procedure is not radically dangerous. Dr William Mooney performs this operation up to 1,000 times per annum and in his 20 years of operating he has only seen one child return to theatre due to acute bleeding. Statistically, bleeding is simply not a common outcome of this procedure.

Following the child’s full recovery you will see an improvement in their performance, mood, concentration, breathing, eating and their airway will be clearer. It’s common for parents to be anxious about subjecting their children to surgery but when weighing up the risks of life threatening sleep apnoea in children versus a simple and safe adenotonseillectomy, it is a wise decision to make.

*Please note: A child with a body mass index greater than 30 (obese) is a contraindication for surgery and the weight must be lost before they will be considered for surgery.

Adenotonseillectomy cures snoring in almost all children.  To book in a consultation with Dr William Mooney call: (02) 8897 00797 or Email: [email protected]