UncategorizedPart one: Rhinoplasty: The Surgery 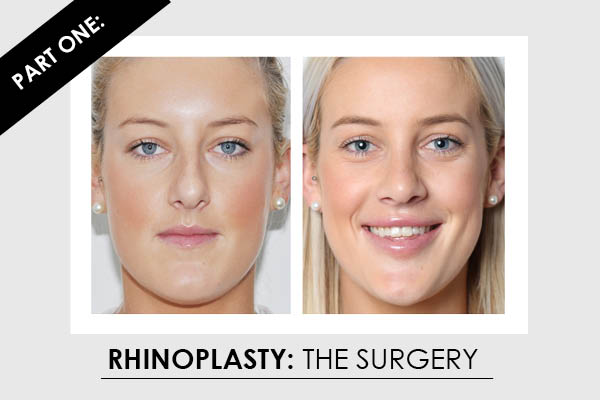 Rhinoplasty is the oldest cosmetic procedure. Two thousand years ago the punishment for infidelity amongst men in India was rhinectomy; chopping off their nose! This was not a great look and forehead flaps were developed to try and recreate a nasal structure.

Rhinoplasty became more main stream in the United States in the early 1950’s and it took another 15 years before it was more commonly performed in Australia.
Dr William Mooney believes the rhinoplasty’s performed in the late 60’s and early 70’s was better than that performed in the 80’s and 90’s. In the 80’s and 90’s there was a new technique called the “Goldman Tip”, this was developed in Beverley Hills by a surgeon called Goldman and it was a quick and easy rhinoplasty technique that saw good results, early and fast. This was great for starlets wanting to get in front of the camera as soon as possible and having minimal downtime. “However the long term problems with the “Goldman Tip” was a collapsed nose and I am seeing, again and again, patients who have had a nose job I the 80s and 90s with collapsed noses that looked overly pinched and artificial today” Dr William Mooney has observed.

Rhinoplasty saw great improvements in the late 90’s and early naughties, it shifted from the domain of the plastic surgeon to the ENT surgeon and this was necessary as patients soon realised they were gaining great new noses from surgery but not necessarily functional noses that worked well.
Dr William Mooney believes “Both outcomes are equally important as far as I am concerned with rhinoplasty surgery”.

Rhinoplasty is the second most common cosmetic procedure in Australia and it is performed frequently. One size does not fit all and this is probably the best thing we have discovered with rhinoplasty surgery. There is not one perfect nose but a perfect nose individual to everyone. In fact, no two rhinoplasties are the same.

When planning a rhinoplasty, the foremost features are gender and ethnicity followed by the face shape and the features. The consolation of those facial features on the face but other more esoteric features such as a patients body shape, the way they move, their personality and what they do. Some of these ingredients are a small component but they all play a role in the planning of a perfect rhinoplasty.

The most desired celebrity nose, changes on a yearly basis! It will also vary according to the ethnicity of the patients. For examples Middle Eastern extractions often request a nose that looks like Kim Kardashian West’s whereas an Anglo Celtic female are more interested in a nose that looks like Jessica Biel or Taylor Swift.